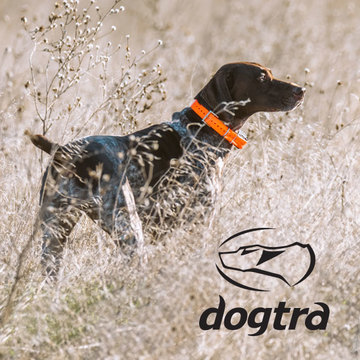 ​We use e-collars. They are also known as remote collars, wireless leashes, or in the circles of uneducated clicker trainers, shock collars. I can't help but thinking that people who call themselves professional trainers and still refer to e-collars as "shock collars" are just plain lazy. They won't admit that they cant see a way of working a dog remotely other than shocking the dog, and worse won't explore the options and possibly learn something. Well, If I shocked dogs for a living, the SPCA would have probably arrested me by now. In fact they not only have not arrested me, but I was invited to do a demonstration for them.

When remote collars were first invented, they earned the name shock collars. They hurt like hell and there were no two way's about it. Over the past thirty years, there have been a few moderate advances in technology. Cable TV no longer issues boxes with 32 channel buttons on it and a 20 foot wire that hooks up to your TV. Cell phones no longer require something the size of a backpack that has a five foot antennae attached. Satellite TV dishes no longer take up your entire front lawn, and the computer you’re reading this on would have been at least the size of your house, probably your neighbors too. Likewise, e-collars no longer need to shock dogs, unless you’re an unimaginative clicker trainer.

Why do we use them? There are many reasons.

I feel a moral obligation to people to produce excellent results when they hand over hard earned money for a service. Call me goofy, but I’m funny about that. We, in short, have never found any other method that works better, faster, or more reliably than the method we use. In addition, it's far easier for most people to learn than traditional leash training. It's far more humane too. Yup!! I said humane folks! Other trainers who have debated our methods with us have also refused to take our challenge. If you can show us a system that better, faster, more reliable, and humane than ours, we'll adopt it. I want the best for my clients, and I am not process oriented, I am results oriented. 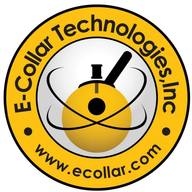 According to Cornell University's College of Veterinary Medicine, Choke collars are the NUMBER ONE cause of training injury to dogs. Prongs rank distantly below chokes. Head halti’s or Gentle leaders yank the dogs head to the side. Read the fine print on these so called gentle devices, they are not so gentle. Clickers, although they can't cause injury, don't produce the results we get. It works for some dogs, but some isn't good enough when your dog is running away.

E-collars, however, are incapable of causing injury during training. If you turn it up too high, like the other methods listed above can cause temporary (less than a second) pain, but unlike the devices listed above, can not cause neck, back, and spine injury. They don't make a dog mean, nasty, unsocial, or any of the other ridiculous things some people spew out. They are not used only for correction, a fact that boggles the mind of most trainers who use it as a last ditch effort to train a dog. ​

​They do allow you to remind a dog to come under the heaviest of distractions, sit, down from a distance, and keep your dog from jumping, scratching, and biting people anywhere you are. They allow you to have an off leash trained dog that you can take anywhere with you and be the best friend you always wanted. It doesn’t matter if you have a Chihuahua or a Great Dane, we can get the same results for you.

Stop by one of our group classes and ask my clients about it. They will be happy to show you what they can do.

Have a great week!!